Integrated photonics range from large-scale networks of photonic devices to single photonic sensors in health-related diagnostics. Nanophotonic and nanoelectronic devices and materials promise to provide new means of compact image generation as well as intelligent information processing. This is done via controlling physics at the sub-micron level creating dramatic new means of accessing and controlling photons, charge transport and “spin”. 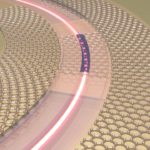 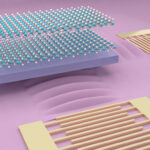 A team led by NanoES faculty member and UW ECE Professor Mo Li has developed a way of using sound waves to move subatomic quasiparticles known as ‘excitons’ further than ever before — leading to a faster, more energy-efficient computing circuit. 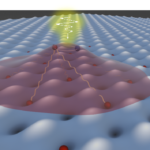 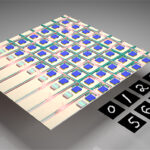 UW ECE and Physics Professor Mo Li and his research team have developed a way to use stray photons generated by optical computing lasers (“noise”) to help enhance the creativity of artificial intelligence. This line of research holds huge potential for computing speed and efficiency, as well as the promise of reducing environmental impacts of AI and machine learning. 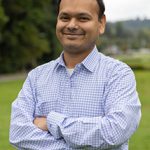 An interdisciplinary research team at the University of Washington, led by Arka Majumdar, an associate professor of electrical and computer engineering and physics, was awarded $3.6 million in funding from the National Science Foundation to use meta-optics to develop a dramatically smaller endoscope that can image previously inaccessible areas of the heart and brain.

Researchers shrink camera to the size of a salt grain 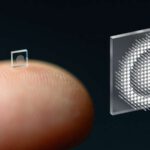 Researchers at the UW and Princeton University have developed an ultracompact camera the size of a coarse grain of salt. The system relies on metasurfaces fabricated at Washington Nanofabrication Facility to produce crisp, full-color images on par with a conventional camera lens 500,000 times larger in volume, the researchers reported in Nature Communications. 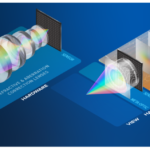 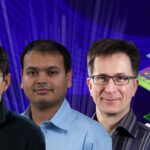 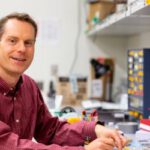 The National Science Foundation has announced it will fund a new endeavor to bring atomic-level precision to the devices and technologies that underpin much of modern life, and will transform fields like information technology in the decades to come. The five-year, $25 million Science and Technology Center grant will found the Center for Integration of Modern Optoelectronic Materials on Demand — or IMOD — a collaboration of scientists and engineers at 11 universities led by the University of Washington. 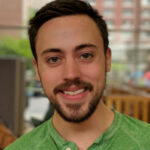 Keep up with the latest news and research from NanoES by subscribing to our quarterly newsletter:
University of Washington